A City of Sunshine

Klamath Falls is Oregon’s “City of Sunshine” with nearly 300 sunny days each year. While most people think of Oregon as rainy, Klamath Falls is perched at 4,100 feet on the east side of the Cascade Mountain Range with a very different weather pattern than our coastal and I-5 corridor neighbors. Most of our precipitation comes in the form of snowflakes from November to February, averaging 37 inches of annual snowfall, and only 13 inches of annual rainfall. Compare this with Portland, which sees around 3 inches of snow and 38 inches of rain each year. There’s nothing quite like a snow-covered Klamath hillside glistening in the sun. A typical year might look like this: off-and-on snow throughout winter, followed by a short but blossomy spring that gives way to 80-degree summer days and refreshingly cool nights, which grow even colder by mid-October. 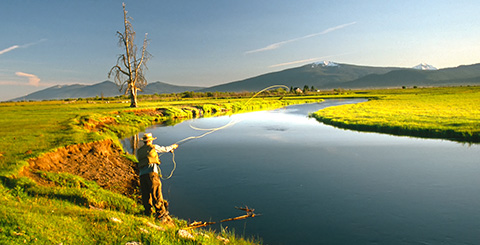