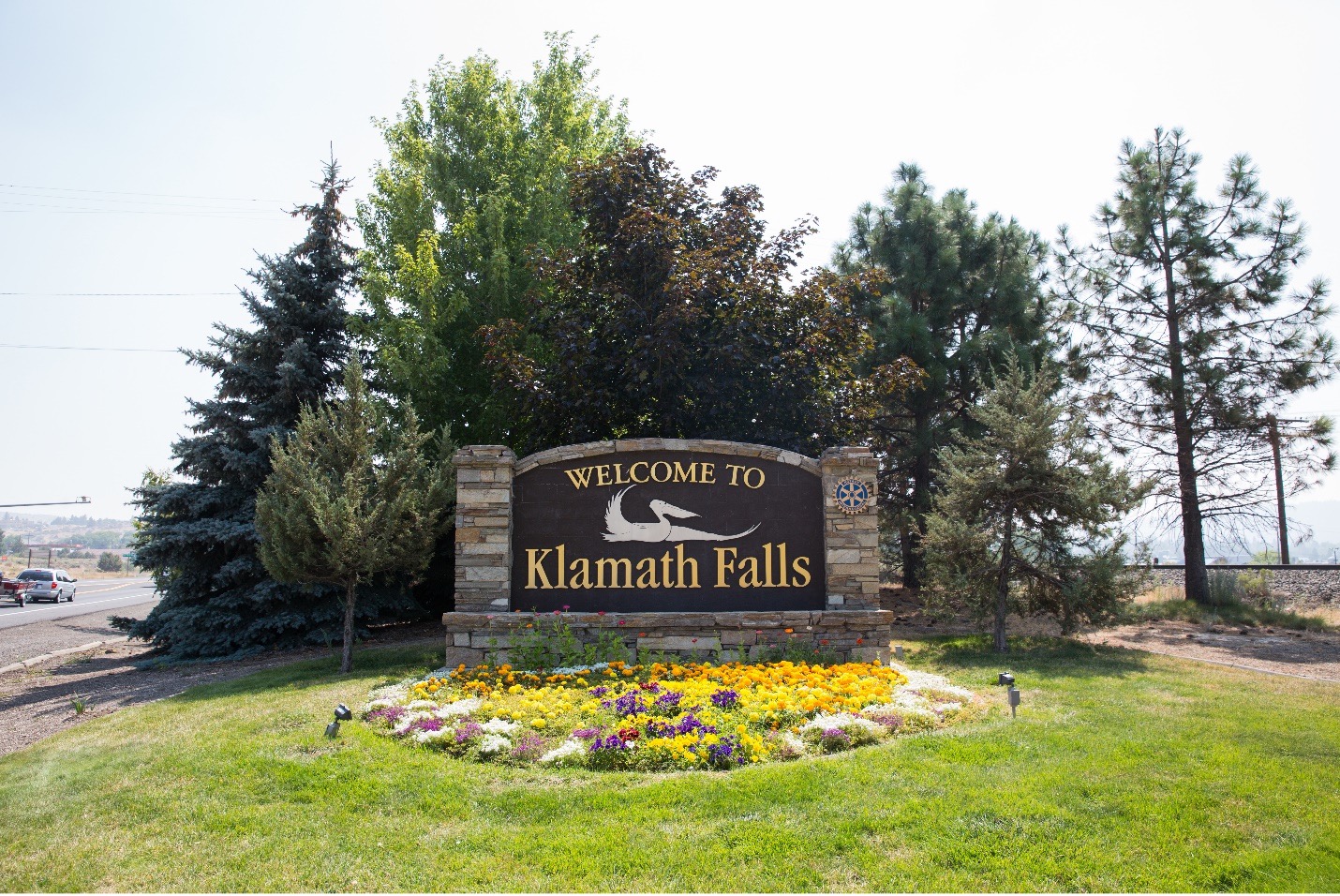 What to Know About Klamath Falls, Oregon

Klamath Falls is well-known for many things, like being the gateway to Crater Lake National Park, its sunny high desert climate, and the abundance of outdoor recreation available in the Klamath Basin area. From the popular to the lesser known, here are the top ten things to know and love about Klamath Falls, Oregon.

A must see in the Klamath Falls area is the world renowned Crater Lake National Park. The park has stunning views and the crystal clear lake is the deepest in America, all coming from rainwater and snowmelt. What makes this lake so special is that it is sitting in an ancient volcanic crater from the Mount Mazama eruption thousands of years ago. Dozens of viewpoints on the lake’s southern edge offer up spectacular vantage points of the caldera. Talk about a must see if you are in the area.

Less than an hour car ride south from Klamath Falls is the Lava Beds National Monument. This rugged landscape is also a top destination with diverse volcanic features, over 900 caves, lava tubes, Native American art sites, historic battlefields and campsites, and so much more to explore the high desert. The caves at the Lava Beds sit just across the state line in California, forming a landscape which developed over the course of nearly 70,000 years. Each of the caves are an explorer’s dream, providing experiences which vary greatly in difficulty, length, and complexity.

Downtown Klamath Falls is truly the heart of the city and offers something for everyone. Imagine a walkable downtown Main Street filled with great restaurants, unique specialty shopping, theaters, museums, and so much more. Klamath Falls residents, employees, property owners and business owners take great pride in presenting a community that is welcoming to visitors, making the downtown a true hidden gem for people to enjoy.

4) The Many Parks in Klamath Falls

There are multiple nearby and beautiful waterfalls near Klamath Falls. The top waterfalls to visit in the area include Clearwater Falls, Watson Falls, Duwee Falls, and the unique Toketee Falls. While Klamath Falls is the closest city to Oregon’s only national park, you can even make a the trip to see multiple stunning waterfalls within Crater Lake National Park.

Klamath Falls has a rich history beginning in the 1800s with the westward migration on the Oregon Trail, which eventually led to a settlement in the Klamath Basin. After the Southern Pacific Railroad arrived in the early 1900s, the city began to grow at a rapid rate. Klamath Falls has multiple museums to take a closer look at the history of Klamath Falls and much more.

Klamath Falls is one of the sunniest places in Oregon, often referred to as the state’s “”City of Sunshine”. The city holds this title proudly with an average of 300 days of sunshine per year. Klamath Falls sits on the eastern side of the Cascade mountains and in a southern part of the state which is generally sunnier than the northern areas. The sunny dry weather in the Oregon high desert landscape provides the perfect destination to live or visit year-round.

8) The Mountain Lakes Near Klamath Falls

With Klamath Falls located just east of the Cascade mountain range, there are many lakes surrounding the area. The nearby Upper Klamath Lake is a large, shallow freshwater lake nearby the city great for boating and the scenic landscape. Lake of the Woods is one of the clearest lakes in the Southern Oregon Cascades with a resort offering fun for the whole family. Other great lakes to check out in the area include Crescent Lake, Odell Lake, and Diamond Lake.

The Klamath Basin is one of the most popular birding destinations in not only Oregon but the United States. With various lakes, vast wetlands and the Pacific Flyway, the Klamath Basin is home to the largest concentration of wintering Bald Eagles in the lower 48 states but also home to over 350 other bird species. Sporting the nation’s oldest birding festival in the west, the Klamath Basin is a birder and nature photographer’s paradise! Aside from the region’s wide natural beauty, there are also six designated National Wildlife Refuges to choose from. It’s time to start your birding journey here in Klamath County.

10) Many Other Outdoor Activities and Recreation

With its ideal location on the east side of the Cascade Mountain Range, the Klamath Basin offers an abundance of outdoor activities and recreation. Discover water sports like kayaking and paddling, fishing, hiking, biking, and so much more. If you want to be active outside, Klamath Falls offers any activity you could think of. This is definitely one of the best things to know and love about the area.