From a press release 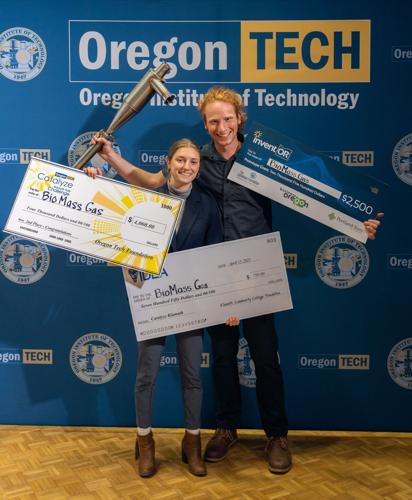 Catalyze 2022 launched in November and 11 teams are currently registered to compete in the April 21 final, including two teams from Oregon Tech’s Portland-Metro campus.

The Challenge has evolved over the years from a campus competition focused on entrepreneurship in Klamath Falls to a networking opportunity that supports student innovation and strengthens university-community partnerships. The competition fosters project development, design, and communications skills while boosting public understanding of the talent pipeline available at Oregon Tech.

Competitors will have the opportunity to first present their concept at the annual SharkTech Venture Pitch Contest March 2, and are expected to compete in front of a panel of judges for the final competition April 21.

Anyone interested in helping with sponsorship, mentoring, sharing of expertise through a session with students, or in an advisory capacity, please contact Hallie Neupert, professor and department chair of Management at Oregon Tech, at hallie.neupert@oit.edu.

For more information and competition guidelines, go to www.oit.edu/catalyze.